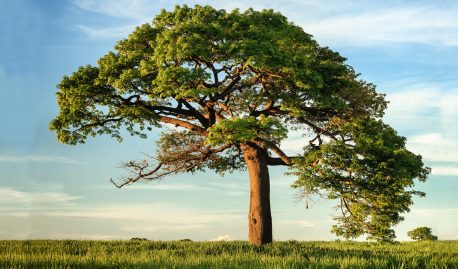 Each of us aspires to a certain Integrity, Harmony. And this is quite natural because even though we are individual, we are equal and united – at the level of our divine nature.

Today we live in a world of broken phones. Rational grains preserved in many traditions, but now even respected traditions are twisted. This requires an explanation. When a person grows simultaneously at the level of the body, energy, and consciousness (although from the level of Unity this division is very relative) – it is a holistic development. But some traditions develop people through energy (for example, Taoist), others – through the body, another put emphasis only on consciousness (Zen). They ignore the algorithm: the evolution of consciousness is based on the amount of vital energy, and the accumulation of vital energy based on the purity of the physical body. That’s why people, and even masters, today do not develop holistically. We forgot that the body is an extension of consciousness, but not a trash bag.

A master from the 18 Tamil Siddhas tradition used to say: “I did not appreciate the body before. I developed only a force of energy and evolved consciousness.” But when it came time to move to the 3rd level ( the Great Transition or the Body of Light), he realized how heavy the vibration of the lifting of the body is, and that the food has a direct impact on it.

There are rational grains everywhere, but not integrity.

The holistic development is a safety technique, which is also quite important and neglected by many systems. After all, this is the distinguishing feature of professional studying in spiritual practice. This approach helps to prevent the side effects: breaking of the body, constant depression or mood swings, systematic exacerbation of chronic diseases, as well as the state of drowsiness and energy decline. All these symptoms are caused by the rapid cleansing of the body (including our psyche and nervous system).

The physiology of our body is closely connected with consciousness. This connection is noticeable because of the influence of external factors: food, daily routine, ecology. This combination weakens with the increase in our level of consciousness, and the influence becomes not so strong.

Therefore many ancient traditions focus on vegetarianism and fasting, drugs are excluded. Our body cleans itself at a faster rate than it does in everyday life without practice. By using drugs we put poke sticks in the wheels, do not help but only interfere. It’s like trying to drive a car and press the gas and brake pedals at the same time.

However, one should notice that due to the transformation of consciousness the body rebuilds inevitably. The most common example is when people, having started doing yoga, do not want to eat meat anymore, their body refuses meat. That food is not suitable for them by its vibrations. Typically, alcohol and cigarettes also become expendable.

The process of transformation goes from both sides at the same time, because a person is a united and integrated system.

The purity of consciousness is directly related to the purity of the physical body, and vice versa. All emotional blocks and clamps reflect in our physical body (eastern acupuncture bases on it).

A similar approach uses medical Wellness – new health management system that affects the body in a complex, both physically and psychologically. There are special clinics, which combined effective methods of classical and alternative medicine (homeopathy, Ayurveda, naturopathy, etc.). In addition to these methods, modern medicine and psychotherapy look in the direction of meditation, which has a beneficial effect directly on the consciousness, and the physical processes in our body. Many studies have been conducted on this topic, confirming this fact (see transcendental meditation).

Based on all of this we can make one conclusion for you. The fastest transformation in people engaged in spiritual practice happens when practicing through the body and through the consciousness at the same time. In other words, the practice of building a person, leading to full awakening, there should be the unity of the body, soul, and spirit.
All the best and good luck!

Meditation as an Aid to Depression

2020 was a difficult year for all of us.  As a result of the  quarantaine we experienced loneliness, loss of life, closure, the loss of our business due to  weak

What is a “retreat” or “is it worth crawling back into the egg?”

There are different kinds of retreats. They can be “light” and “dark”, “one-day-in-an-apartment” and “long-term-away-from-society”, individual and group retreats, silent