Главная / About us / Awakened students /   Story of Awakening: Vladislav Ignatov
back 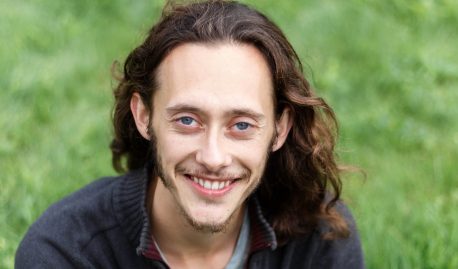 For over 2 years I kept on asking myself, “Is there anything bigger than our Life? How does everything work here?” I was so curious about the way our world works, but at the same time I lost interest in my job on which I spent all my life. I felt emptiness inside me. One day I was invited to a meeting through VK social network. That time I didn’t click on «Decline» button as I did before, I figured out that I had enough of staying at home reading smart books. I needed to get out to meet other people, talk to them about things that were familiar to me. That idea sounded really attractive to me.

And that happened. I absolutely enjoyed the event, where I met people who were interested in the same unusual, as I thought, topic as I was. But instructors who we listened to, were not as confused as me. I read a lot of books about Life but actually didn’t live real Life myself. It was knowledge that was not applied to my life. As I understood later, Instructors were full of Life because they shared with others all the best they had.

After that I attended two classes called Practice of Stillness. Those classes included evening practice with physical and breathing exercises, meditations and laugh therapy. I had inner positive respond to that. I found out about more substantial training courses and decided to go there after I checked out reviews and comments. And it paid off.

Having passed one month course called Open Heart I couldn’t stop saying that it was the best thing that happened to me. The rest of the students were saying just the same thing. I began learning to Live my life instead of just talking about the way it could be or what could somehow happen. However, words cannot describe it. I just felt that I was at the right place and it was very valuable for me

I intended to leave about four times during eight-month training. At that time I realized value of  teamwork. I was offered help to go through all the difficulties which made me stronger as I see it now. Thanks, Team! Thanks for all your support, for all kicks, which did not allow me to get stuck in routine. Also seeing results of my self-work made me stay. It was easier and simpler to live. I understood that if I left, I would reject opportunity to make my life simple and independent of any circumstances.

There were hard times as well, when it was necessary not to give in to selfishness and to choose truth instead of benefit. For example, that meant to participate in sharing knowledge which once was passed to me. It’s fair, indeed! That enables others to feel it. As Genadiy says: “If you want to become Buddha then help another one to become Buddha.” At the moments when my contribution to this was weak and I had the intention to do something particularly for myself, I asked myself and determined if it was Benefit or Truth. When I made the choice towards the Truth, shared the best that I had, my ego became smaller and smaller.   It was a rather fair exchange for the opportunity to awake, to feel myself as a part of Life and to have an independent eternal point of Support.

Then I participated in a closed 3-day retreat circle outside the city. It felt like a whole month passed during those days. They seemed to me as the most intense days. I spent them like a child for whom summer lasted forever.

There I had just one desire, which was to awake.

And it did not take long.  When I got home after evening classes I felt like something changed. Without any effort I was inside everything that was happening around me. I perceived it as a part of me. Of course, I couldn’t sleep and went outside. My presence got bigger and bigger until it became really huge when I was near the forest. I felt that dense air everywhere around.   It turned me on so much that my mind just couldn’t cope with overwhelming emotions. There was too big difference in perception Before and After. Consciously I started to run away from this feeling after that night on the street. And I had nowhere to run! Me myself was the thing that happened. Where could I run away from myself? As I understood the other day it was necessary to pay more attention to my body, which did not have time to live all those emotions and they accumulated inside, so the body was shaking and it became even more difficult. It was hard, amazing and inspiring at the same time. Apparently, I wasn’t ready for it and that played its role. The Feeling was just getting smaller day by day, strengthening only at the joint club activities of the school.

At the end of the 2nd week only the presence in the moment was left and I didn’t come out of it. A week later, when emotions went away and nothing was left except great pleasure of being in it, everything began to return.

Recently I had an insight that my earlier perception of the world was that I was the body or I lived in the body but now it changed to that Body lives in me. I see it as the most accurate description.   My days became very intense. Images that mind gave me before couldn’t be compared with what I started to feel. Everything that was said by Genadiy got new colors and senses. The same words and expressions became deeper and it cannot be described by words.

Apparently, you can only share knowledge that allows you to approach it. This movement is created in a way that allows you to use all your potential and creativity. It is about following the directions and facing your own egoism, deciding whether to let it rule or become free!

A year ago, when I heard the words awakened and enlightened, I had an image of a holy man with light above his head. And now, experiencing a certain depth of perception, I understand how easily you can reach it, but only if you have a teacher! It is vital to be in a team, who just like a mirror reflects all your weak and strong sides! And one more ingredient is your Desire that everyone can light up!

I feel now that I just start to Live and this should be natural state of everyone, JUST TO LIVE.

I would like to add that there is a common misunderstanding about the transition into this state. They say that you just need to relax and let the desire to awake go away. That is certainly true, but as numerous observations and experiences show you need to have good tension before relaxing.  There is another question if it will happen consciously or because of a vital need. The proof of it is the previous life of any awakened which just led or forced them into a total surrender. But that doesn’t mean it’s enough to awake. I guess, it’s silly, perhaps, to wait for a miracle when you can be that miracle yourself.

You need to dive into the depth to feel the whole ocean! The depth of yourself.