Главная / About us / Awakened students / Story of awakening: Ksenia Shevtsova
back 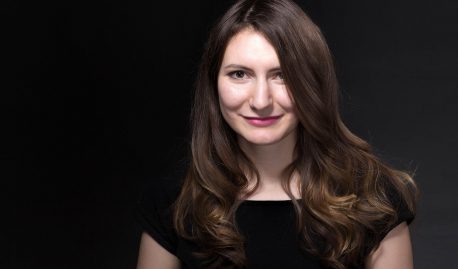 I’m awakened! It is a precious gift from Genadiy Givin to see the world as it really is, to be present in reality, to perceive what is happening without instant estimating, to realize constantly that I am just here. This is the most beautiful thing that can happen in life.

My inner search, as it turned out later, my unconscious inner search began during my student years. Before that, in my childhood, I decided that during life I needed to try everything and that’s what I did. I tried different kinds of sport, hobbies, I even got my first job when I was 15 years old. I had many friends, I smoked, drank alcohol, moved to another city and made new friends and that was it… At that point I began to understand something was wrong. On the surface everything was pretty good. But deep down I felt some kind of misunderstanding, lack of love, complete absence of interest or it lasted a little, I was indifferent to people and to what was happening around me. Absolute lack of full-value when you have everything. I didn’t feel myself sufficient. And all these was accompanied by a very colorful emotional background. Worrying, suffering, resentment, desire for pleasure, self-affirmation, need to prove something to someone, to get something from someone, to feel saturation and significance… now looking back I can see how difficult and ridiculous it all was.

At around 20 years old I figured out that life was a period from birth to death. Anyway we die, everything
in this world is dual and everything comes to its end. Therefore, during this time, which is called life, you
need to live so that there would be nothing to regret about. So to say, life for me was time that could not
be wasted. Actually after that nothing changed from outside. There appeared some courage, confidence,
permissiveness and at the same time openness, desire to help and to do something for others, enthusiasm,
the ability to enjoy what is happening. But it didn’t last that long. Deep inside I was haunted by
disappointment and frustration from meaninglessness, I could not take the fact that life was time and a set
of cause-and-effect relations. It couldn’t be so stupid and boring! At some point it became unbearable for
me, I plunged into depression. Well, I didn’t get to it as I can’t stand weakness and depression is a very
strong weakness, I couldn’t afford it. And so I had a wonderful bouquet made of causes-and-effects. Life
was boring and meaningless, hence pervasive sadness and disappointment and that led to lack of desire to
move on which got accompanied by self-pity that was why there appeared self-hatreds because of
weakness, and eventually that ended up with sense of guilt. At that moment I graduated from the
university and got lost completely. The set up life plan was fulfilled and I did not know what to do next.
As a result after all these torments and unbelievable internal tension I freaked out and let everything go,
put my faith in life and gave myself to the flow. One thing, another, so everything started turning back
and forth and I found myself in Minsk, got a job, fell in love with Roma and we began to live together.

Roma just came from Norilsk to study with Genadiy. Unlike me he had a conscious search. After
completing the initial course Roma gradually began to talk about a need for my training. It was a shock
for me but the decision had to be made. The question was urgent and I decided to go to that training for
love’s sake, for sake of my relations. Oh, it blew up in my face after that!

I started my training and my goal was to maintain and develop my relations. All those talks about waking
up, states of samadhi, the highest goal of human life, stepping out of borders of consciousness were
absolute fairy tales, which I did not understand. I was more interested in practical things such as building
eco settlements, creating environment of like-minded people with common values, interested in personal
development, self-realization, who was eager to get rid of resistance to life, gining independence from
social stereotypes and many other minor things.

I changed my attitude to life and it contributed to my own change, a tremendous self-work was done. The
most painful thing for me was to reject some things for the sake of the team, for the sake of the training.
To learn not to indulge my selfishness. It was really painful. But the feeling of independence and freedom
from the old habits, which was brought by that internal work it, of course, can not be described with
words. It is a feeling of liberation, lightness, simplicity. Also a great speed of changes was there due to
the team work. They say that one person increases the result by 7 times and there were 40 of us back then
and with a half of them I interacted daily. All the processes took place rapidly, which made me feel
terribly uncomfortable. My ego did not want to give up any positions and the desire to consume reached a
painful peak, I suffered from that for over six months until the day I gave up. I left the practice and broke
up with Roma, because I did not want to torture myself for him, I did not want to sacrifice anything. The
reason for my training still was our relations. I needed comfort and a huge fence for my personality. I
lived in that comfort for 2 weeks surrounded by people who did not practice. It was a HELL! I didn’t understand how people can live like this!!! In their little world, which constantly needs to be guarded,
protected, refilled. No way, someone would encroach on it! It is so difficult, useless, insignificant, narrow
and little. I had such a feeling that I lived on a very rich, fertile, beautiful island, in love and happiness,
and suddenly I turned out in a cage by the size of one square meter. It’s like my oxygen was taken away.
That resonance gave me the value of learning and practicing. In order to go back and attend the course of
getting practices of consonance and meditation I had to overcome myself in a few more things that helped
to form a firm decision regardless of anything, I needed only that practice and for that I would do
whatever it took. That’s where it all began. I feel that this decision was the beginning of my awakening.

Intensive courses in autumn in Latvia and Minsk changed my life again, I opened a sensory organ of
perception, I started to have experiences of awakening. I surrendered to life and began to practice being in
the present moment more actively. I wanted to remove resistance and gain more determination. My
determination, actions in that direction and pressure helped me to remove the resistance. In the team that
process was quick and not so painful as if it could have been if I had done it alone. Then our Teacher just
threw me through the point of awakening. I removed the resistance and he transferred me. I’ve done
maybe 1-2% of work which was no longer to resist Genadiy. Huge thanks to you, Genadiy!

I was awakened. Everything changed in my life. Actually, only after awakening I began to live. I
discovered reality not burdened with analysis, evaluation, worries. Now the reaction is pure, spontaneous
and instant. Perception became very clear and sensual. Everything around is alive, filled with energy. All
what is happening is perfect, it simply happens as it has to. People became closer. There is a limitless
flow of gratitude, love and warmth. The perception changed and I became independent from thoughts,
emotions, physical sensations. I just exist. I am just right here and right now. And I’m not a girl named
Ksenia. I’m more. I am the space where all this is happening and what is creating all this. I am complete
and infinite. It cannot be described in words, it must become a personal experience.