Главная / About us / Awakened students / Story of Awakening: Vasily Kryschukov
back 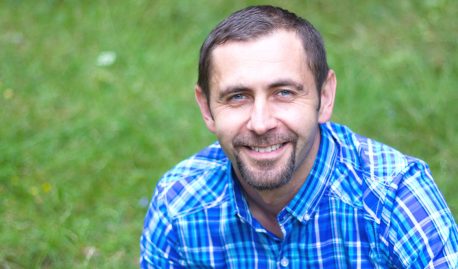 My search started at the age of 17. It was during practicing martial arts that for the first time I realized that the material world was not final and not the only picture of the world. Simultaneously with ordinary life my search for myself began. Many books on philosophy, esoteric, psychology were read… I studied everything that somehow, in my opinion, could give answers. Meditation became an integral part of my life. Sometimes it happened that I could sit cross-legged for 2.5 hours, disappearing in the void.

I started to practice in February 2016. Six months before that I already used some elements of it combining with my own ones, which gave experience of coming out of matrix. Concurrently with this life led me through many hardships, every time showing carefully direction and taking away all excessives that I put higher than my aim at that time. And every time I thanked life for that, no matter how much it hurt me… Relationship, money, work so to say everything was taken away to make me more free and clean.

From that moment that I got into practice1.5 years passed by, but I lived a whole lifetime.

To say I’ve changed is like to say nothing. Life took away everything that was valuable for me at that time, but gave 1000 times more. It made me real, who I really am. After 13 months on my way to the goal and to God only a desire to give and to help others was left, because everything I wanted for myself either was taken away or was not given, no matter how hard I tried…

Before Easter a strong internal tension rolled on me, self-pity pressed me from all sides. I had to let everything go and with gratitude accept life as it was… I do not remember exactly how I found myself sitting under a birch tree but insights began to come, one after another. Nothing really mattered, problems disappeared, I realized that everything was on its place and just in time. I read a lot about it many times and considered myself as a very knowledgeable and well-versed person, but when I felt it, I realized that I knew nothing until that moment. Everything became clear but not through intellect. That knowledge was always inside of me, there were no questions. When I tried to think about anything, my head started to hurt. I was happy that I was just there. I sat under the birch tree for about an hour and as a child I studied with huge interest the grass, I lived life of all that got into my field of perception. There was a feeling that I am not only my body, but much more than it.

Self-sufficiency and absolute trust to life in addition to inner freedom and joy. That is how this state can be described. I became everything and nothing at the same time, I wanted and I still want to share this state and knowledge, so that everyone will become himself, will taste life, because everything that was before could be hardly called life.