Главная / About us / Awakened students / Story of awakening: Camilla Callaeva
back 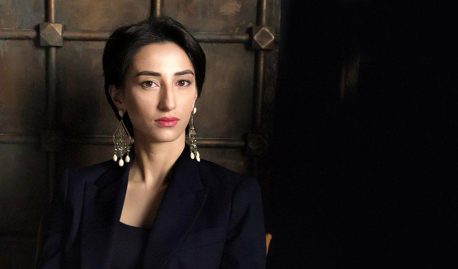 Before I got introduced to Givin School, I was interested in personal growth and attended several schools. I thought that the reason for my discomfort could be eliminated with the help of those schools.

Once I came across the YouTube channel of Givin School. Up to this point, the idea of Awakening seemed very strange to me. But after watching this channel, I discovered that there is a teacher Gennady Givin and I want to study under his guidance.

I immediately signed up to practice the Stillness meditation. Fatigue from depression and understanding of the meaninglessness of my life helped me to decide to go to the retreat in Minsk.

At my first retreat, I felt what real life is, and I wanted to continue my education. So I made friends with other members of the Team and became a student of the School.

Through the practice, I began to understand that the world is not what I had in mind.

I used to be afraid of people and think of them less than what they actually were. Gradually my perception of the world began to change. Slowly love toward the other replaced my fear and I’ve made a lot of friends. Communicating with others was expanding my consciousness and opening my heart. I didn’t want to awaken, because I didn’t understand what it meant. I was more attracted to the communication with the Team and our activities.
Regularly practicing, I noted a high rate of change of consciousness. Once I realized that I am not the mind or the body, and I have no beginning and no end. The “observer” began to stand out. Sometimes this “observer” disappeared, sometimes appeared. Apparently, regular practice contributed to the fact that the failures from the present moment gradually became shorter. I also understood that I am not my feelings or my suffering, and concepts of this world have nothing to do with me.

When we look at the world around us from the position of NOW, we can see that the remnants of mental programs are forcing us to respond to the external influences. For example, to be offended. Sometimes it becomes scary when we can see that we can’t control the situation. It is unknown how those programs can control our actions. So slowly I lost identification with such programs.

Gradually I realized that I’m going through the process of Awakening but the mind continued to resist, and I could see it. Before next retreat, I understood that I’ve awakened.

Pretty soon the last doubts about stability of my new state were gone, and the depth of awareness increased. I had a deep sense of freedom, love, happiness, and the desire to help other people.

I continue my education at the School as my goal has always been the final exit from Samsara.

I have a normal life – husband and two children – and like other families, mine requires attention. Our responsibility for kids is not only to raise them to be capable of surviving in modern society. We are also responsible for their spiritual development. If someone thinks that children are an obstacle in practice, they are wrong. Understanding the responsibility for the spiritual development of children is always a strong motivation for the development of their parents.

In my family, we became closer to each other and our mutual understanding each day goes deeper.