Главная / About us / Awakened students / Story of Awakening: Larisa Guryanova
back 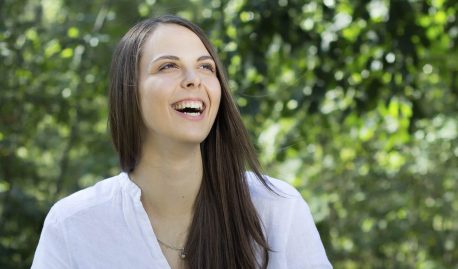 Not so long ago my life used to be an anxious waiting for something that supposed to turn my life upside down but it didn’t happen. I was completely missing joy of life. All I had was just disappointment that every single day was just one another one. Constant suffering and worries affected my health and I had to start to look for solution. That’s how I heard about Givin school.

Changes could be already noticed during my first retreat in November. Before that I used to have some problems with my nerve system. There were many fears and body blocks. During the retreat convulsions and panic attacks left at once. In general my state became stable, I felt peace and calm.

I was moving to another country. That was not an easy step. But I was determined. There was a strong desire to change myself and my life to become internally cleaner, to live for real, so all the difficulties could be solved. That was an incredible internal growth! It felt like my past life was in the distant past.

I went to the June retreat to open my heart and to become free from my own ideas about myself and life in general. A month before the retreat I noticed that my perception of life already started to change. I began to see things around me, houses and nature a bit differently. As if all of them turned into very interesting and unusual toys.

At the retreat my new vision began to unfold even more. I perceived myself as a kind of presence, stillness and peace. Whatever was going on, I was this peace. I wanted to share this state that was within me with others all the time.

On the last day of the retreat my perception changed even more. An internal observer suddenly appeared. He is always present and he is watching everything that happens by itself. Nature, people, objects became voluminous and brighter. It was very unusual. All my actions started to be effective and clear without endless thinking. If I do anything then I am completely present in this action. Now there is more clarity and ease. I am not involved in any thoughts as I was before. They come and go as a background. Sometimes there is a complete silence inside me. Whatever’s going on, I’m just here.

When I began to share my experience with the guys, I felt that it filled me heat in my breast. I finally understood the saying When we share the best that we have we are being filled. Now after the retreat the perception of the world continues to go deeper. I want to spend more time with people, to share warmth and to embrace them. I got a desire to help people and help them to know their real selves.

To live the way it was before is impossible and actually that was not life at all! The real life has just begun!

I think this experience is not my merit…

A huge thanks to Genadiy and all the guys!